Had We Never Loved — Jeneth Murrey 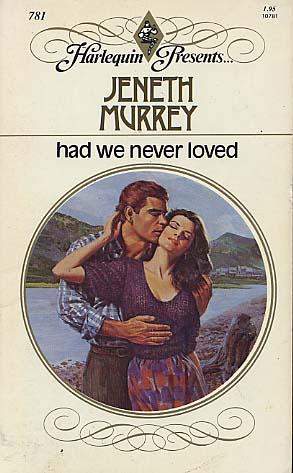 She'd run out on Piers right after the wedding

Against his family's wishes, Piers had married Linnet instead of his wealthy cousin Sheena. Their love had seemed invincible until the arrival of a certain wedding present that had prompted Piers to accuse Linnet of carrying on with Sheena's brother.

Nothing had changed much in five years. Piers's desire for Linnet was as strong as ever--but not as potent as his belief in her guilt ....

To reclaim Linnet's love, Piers would have to believe in her innocence, or better still, love her ...no matter what!
Reviews from Goodreads.com