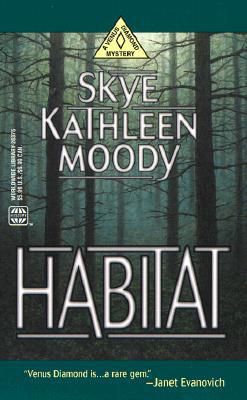 Dr. Hannah Strindberg, a scientist who runs the secretive Breedhaven project on Helix Island on Puget Sound, is killed in a nightclub fire that is proved to be arson. Apart from her brilliant work in the harvesting, freezing and cloning of the embryos of endangered species, Strindberg was known to Fish and Wildlife agent Venus Diamond as her boss's closest colleague and companion.

Newly married and unbelievably depressed, Venus cuts her leave of absence short and undertakes the investigation. At its center is Breedhaven, a controversial project with many detractors, and a plan too audacious to be publicly revealed.

Dr. Strindberg's valuable lifesaving work may well continue...if Venus agrees to an adventure that will alter her life in the most unexpected ways. But not before a murderer strikes again, making a determined effort to destroy the scientist's legacy forever ... as well as those attempting to keep it alive.
Reviews from Goodreads.com