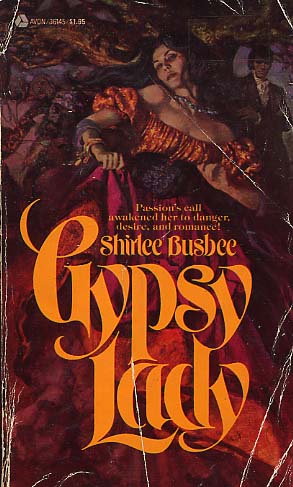 Share:
Desired, Possessed, Pursued
Catherine Tremayne's aristocratic loveliness was a flower no man had yet dared to pluck. But when Jason Savage first beheld the violet-eyed beauty, she was disguised as a Gypsy -- a maiden long ago stolen from her father's Cornish estate. Only after he had carried her off to Paris on a dangerous mission for President Jefferson did Jason bare Catherine's secret.

Yet Catherine's destiny drew her on, into a world of intrigue and danger, and she fled from Jason to the city of New Orleans -- through an odyssey of peril and sexual captivity -- to ecstatic reunion with the fearless adventurer who at last would quench the fire in her burning Gypsy soul!