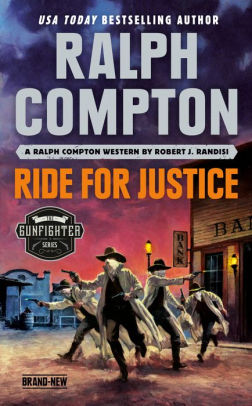 In this fast-paced new installment in bestseller Ralph Compton's The Gunfighter series, a man wrongly convicted of a crime is out of jail and looking for vengeance.

Matt Masters was a legend in the West. His fast gun and dedication for justice made him a sought-after lawman for hire, but all of that vanished one dark night. Matt was convicted of murder for killing the man who killed his woman. Now he's spent his time in jail and is looking to even the score against the men who set him up.
Reviews from Goodreads.com