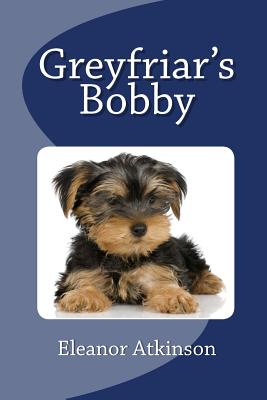 Share:
Set in 19th century Edinburgh, Scotland, Greyfriar’s Bobby is a classic dog story that teaches the values of friendship, loyalty, compassion and an innate sense of duty. A small terrier named Bobby was the devoted working companion to an elderly shepherd, but when Old Jock dies and is buried in the Greyfriar’s Cemetery the lonely dog takes up his vigil at the grave. This proves no easy accomplishment since dogs are not allowed in this gated burial ground. Befriended by a kind innkeeper and eventually by the local tenement children, Bobby is sustained physically during his 15-year faithful graveside watch. His canine tenderness and unflagging devotion gained him the reputation as a beacon of loyalty as Old Jock's only mourner. The dog's dedication at the site of his master's grave touched the heartstrings of amazed humankind. Perhaps considered sentimental by modern standards of animal/human literary fare, this book remains a classic in canine lore--ultimately inspiring the citizens of Edinburgh to erect a statue honoring Bobby's lifelong vigil. This short book also offers descriptions of Scotland's scenic beauty, along with gentle insights into the Victorian lifestyle. For dog lovers and kids of all ages!