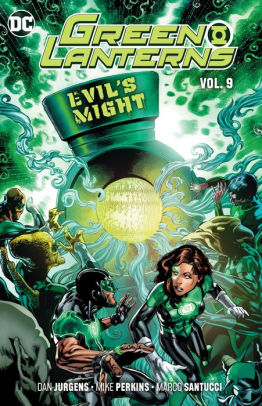 A guardian has been murderered. The killer stands in the midst the Green Lantern Corps. Tensions hit the tipping point between Lanterns Simon Baz and Jessica Cruz changing their relationship forever!

A Guardian of the Universe has been murdered, and the top suspect is the man who was found alone with the body--Simon Baz, Green Lantern of Earth. Normally, Simon's partner, Jessica Cruz, would have his back...but Jessica's ring is telling her not to trust Simon!

Meanwhile, an interstellar army known as the Ravagers is killing planets...and Green Lanterns. And the Lanterns' headquarters are under constant assault from horrific storms. It all speaks to a coordinated attack against the Corps. But what enemy has the inside knowledge to pull it off? When the truth comes out, even the combined might of Simon, Jessica, Hal Jordan and the rest of the GLs might not be enough to stop this familiar foe!