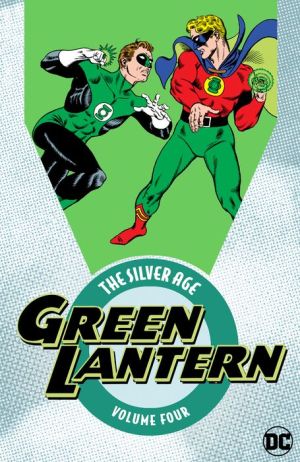 Hal Jordan, introduced as Green Lantern at the end of the 1950s, quickly became known as the greatest of the intergalactic corps of lawmen known as the Green Lanterns--as well as the symbol of DC's move into the Silver Age of comics, with a career as a test pilot as well as close alliances with the Flash and the rest of the Justice League of America.

"IN BRIGHTEST DAY, IN BLACKEST NIGHT, NO EVIL SHALL ESCAPE MY SIGHT! LET THOSE WHO WORSHIP EVIL'S MIGHT BEWARE MY POWER--GREEN LANTERN'S LIGHT!"

With these words, dauntless test pilot Hal Jordan took up the challenge of battling evil using the greatest power source in the universe--the Green Lantern! A courageous space explorer like Hal was just the man to don the mantle of heroism as the world turned its attention to the stars during the 1960s. His intergalactic adventures echoed the spirit of discovery that defined the Space Age, but for Green Lantern, it was the Silver Age!

Join Green Lantern on his quest to bring justice to our world--and beyond the stars! This volume of Hal's iconic adventures features appearances by Carol Ferris, the Star Sapphires, and the Green Lantern Corps.