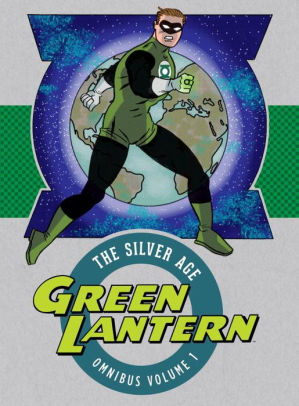 After successfully revamping the Flash in 1956, DC editor Julius Schwartz decided it was time to bring another Golden Age favorite into the modern era. Displaying a sleek new look, Hal Jordan’s updated Green Lantern immediately struck a chord with readers, who clamored for more science fiction tales of his ingenuity and heroism. After three wildly successful appearances in SHOWCASE beginning in 1959, Green Lantern was given his own title and began his journey through time and space, matching cosmic threat against emerald will!

GREEN LANTERN: THE SILVER AGE OMNIBUS VOLUME 1 collects all of the Emerald Crusader’s tales from SHOWCASE #22-24 and GREEN LANTERN #1-35—written by John Broome and Gardner Fox and illustrated by Gil Kane, Joe Giella, Murphy Anderson and Mike Sekowsky—and includes a foreword by Gil Kane and an afterword by Jack C. Harris.
Reviews from Goodreads.com