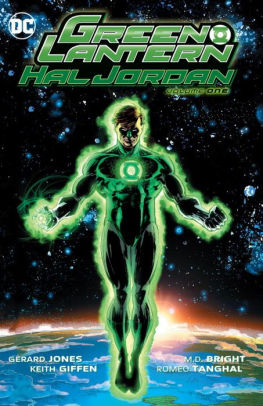 Classic stories of the greatest Green Lantern, Hal Jordan, are collected in this new edition for the first time ever!

Only the fearless can be entrusted with a Green Lantern’s power ring, the universe’s most powerful weapon. When Abin Sur, the Green Lantern of Space Sector 2814, crash-landed on Earth, he knew it was time to pass the emerald mantle to a deserving human. After quickly studying billions of people, the ring selected test pilot Hal Jordan, who was busy making a mess of his life. Now gifted with an incredible trust, Jordan needs a crash course in both using the ring and what it means to be a Green Lantern. And he had better learn fast. Legion, the alien marauder who has already killed four Green Lanterns, has arrived on Earth to hunt down his fifth.