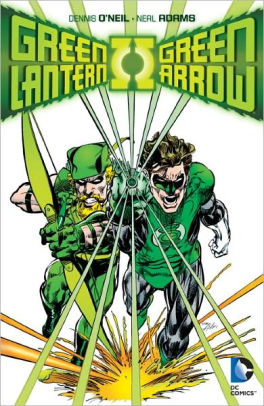 This volume collects GREEN LANTERN from the early 1970s, featuring classic team-ups written by Dennis O'Neil with art by Neal Adams!
In these stories, Green Lantern Hal Jordan continued his usual cosmic-spanning adventures, as he used his amazing Power Ring to police Sector 2814 against universe-threatening menaces. Meanwhile, on Earth, Oliver Queen, the archer known as Green Arrow, was confronting menaces of a different kind: racism, poverty, drugs, and other social ills!
Don't miss these immortal comics that first brought relevance to comics!
Reviews from Goodreads.com