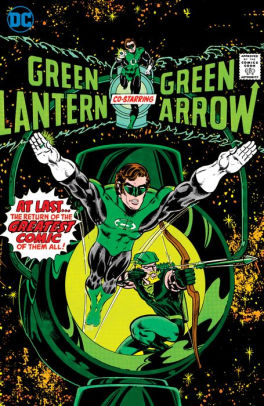 The heroic team of Green Lantern and Green Arrow made their return in 1976 following their groundbreaking, social and political issue-drive adventures from the start of the '70s. In these new tales, the pair battled cosmic villains that threatened the safety of Earth and the entire galaxy.