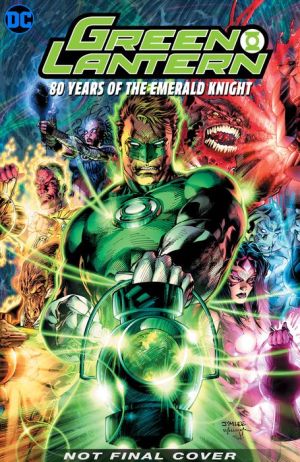 DC celebrates the 80th anniversary of the Emerald Warrior with this new hardcover collection of the best Green Lantern tales across the decades.

This new hardcover celebrates the legacy of Green Lantern, from his beginnings as Alan Scott in 1940 to the character's rebirth in 1959 as test pilot Hal Jordan, part of a large network of Green Lanterns that serve justice across the galaxy. Alongside his fellow Green Lanterns from Earth and other planets, Hal Jordan is considered one of the bravest heroes in the DC Universe. Included in this title are some of the greatest Green Lantern tales ever, featuring stories and art by comics' top talents.
Reviews from Goodreads.com