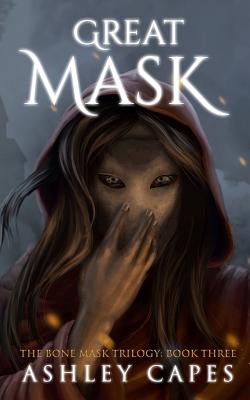 Share:
The Ecsoli have taken Anaskar, raiding the city for bones of the Sea God and holding King Oseto captive in his own palace. Yet there he discovers an even greater threat in the form of his own Greatmask, who grows impatient for the Sacrifice.

Hiding in the blackened streets, Flir must deal with her uncertainty regarding Kanis while gathering a resistance force, where she discovers even her vast strength seems useless before the blue-cloaked Ecsoli.

Beyond the Wards, Ain heads home, ready to face the shame of failing at the Sea Shrine. Instead, he finds mysterious and deadly Darklings hunting his loved ones. In his desperation he makes a startling discovery about his Pathfinder heritage.

Meanwhile, miles distant, Sofia and her father struggle for mastery of Argeon and Osani as they race toward the city. A battered Notch finds himself making a similar journey, just as unsure if he will return in time to help the city in its darkest hour, as enemies pour through its broken walls.

Conclusion to the Bone Mask Trilogy!