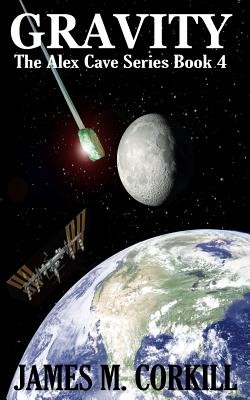 Share:
Geologist Alex Cave receives an urgent message about an unusual geologic event in Iceland, when giant globules of molten rock are floating up out of an ancient glacier. Alex and his friend Okana descend deep into the lava tube of a dormant volcano and discover a 180-million year old alien artifact of incredible power, but before he can take it to a safe location, it is stolen by Janice Sloan, a ruthless woman dealing in stolen advanced technology. When she turns it on, the device begins changing the orbit of the moon and dragging satellites from the sky, but it won’t shut down. Alex begins a desperate race to find the artifact while dealing with his live-in girlfriend, Fala, who thinks he’s just an adventure junkie, leaving her and her 10-year old daughter on the spur of the moment, without any explanation or concern for her feelings. Because of the clandestine nature of the operation, it’s ripping his heart out that he can’t tell her he is on a top-secret mission to save the lives of everyone on the planet. Alex learns that even if he finds the artifact, he needs a key taken by Sloan to shut it down, but she is determined to acquire a vast sum of money for her efforts. She kidnaps Fala and her daughter as leverage to keep Alex from pursuing her, and will contact him in two weeks with instructions on where to transfer 2-million dollars into a numbered account in exchange for his family and the key. And as if that wasn’t bad enough, a massive emerald asteroid with a core of solid gold is on a collision course with Earth and will impact in six-days. In order to change its trajectory, he needs the artifact and the key, but he’s running out of time to find Sloan and his family. Can Alex find a way to save his loved ones and civilization from extinction? ‘4.5 stars! An award-winning ride from this bestselling author, with thrilling situations, exhilarating situations, and nail biting suspense.’ (Amazon top 500 reviewer.) Grab your copy today!