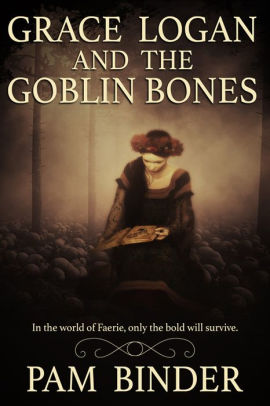 Sixteenth century Ireland is ruled by men and Faerie and to Grace Logan, a fifteen-year old forced into an arranged marriage, it seems like nothing will ever change. Grace doesn't want to marry. She wants to become a pirate like her father. Before Grace's marriage, her father is kidnapped by the Goblin Lord and a sleeping, death-spell is cast over her castle.

To free her family, and despite knowing that a misstep would mean her death, Grace enters the underworld of the Goblins with outcasts: a changling abandoned by her Faerie mother at birth, and a mysterious young man who harbors a dark secret.

As Grace becomes embroiled in the world of Faerie, she discovers her own strength, and ability to lead. But in a race against time, Grace will need to risk her life, and those of her companions, in a battle against the forces of Faerie itself.