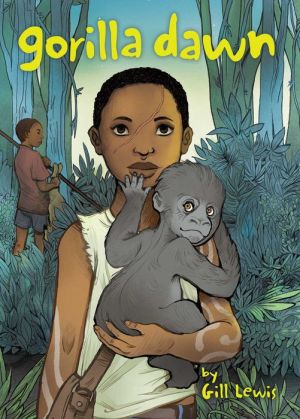 Two children captured by a band of rebel soldiers in the Congo vow to protect an orphaned gorilla baby in this powerful, thought-provoking, and vividly compelling novel from award-winning storyteller Gill Lewis.

Deep in the heart of the Congo, a baby gorilla is captured by a group of rebel soldiers. Imara and Bobo are also prisoners in the rebels' camp. When they learn that the gorilla will be sold into captivity, they swear to return it to the wild before it's too late. But the consequences of getting caught are too terrible to think about. Will the bond between the gorilla and the children give them the courage they need to escape?
Reviews from Goodreads.com