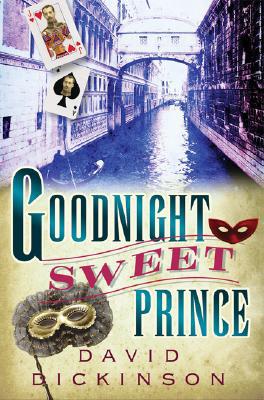 It is 1892, the fifty-fourth year of Queen Victoria's reign. Lord Salisbury serves as prime minister, Cavalleria Rusticana is the hit of the London season, and the Prince of Wales is embroiled in yet another scandal. Alexandra, the popular and much-adored Princess of Wales, has long suffered the disgraces of her husband and now worries over the dissolute behavior of her son. Victor Albert--Eddy to his family--apparently takes after his father. That the Prince of Wales has fallen victim to blackmail and that Eddy is receiving death threats further complicate life among the royals. So it is that an investigator, Lord Francis Powerscourt, is summoned to look into the affairs of the prince and his family. Matters get quickly worse in this ingenious, skillfully plotted historical mystery novel. Eddy, his throat slit from ear to ear, is discovered at Sandringham, in a blood-soaked bed, and Powerscourt suddenly finds himself investigating a murder--but with a handicap, because the royal family has announced to the press that Eddy died of influenza in order to avoid a scandal of monumental proportions. So Powerscourt cannot reveal what only he and the highest-ranking government officials know. Powerscourt's exploration of Eddy's dissipated past in his search for the truth behind the gory murder takes him into the twilight world of London and ultimately to a mysterious rendezvous in Venice's St. Mark's Square. There, though, more treachery and more blood stand between Powerscourt and the solution.
Reviews from Goodreads.com