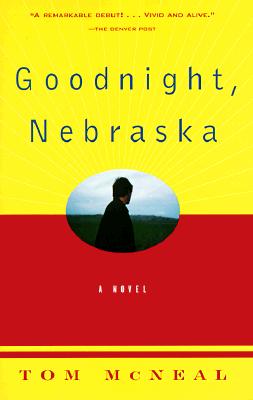 
At the age of 17, Randall Hunsacker shoots his mother's boyfriend, steals a car and comes close to killing himself. His second chance lies in a small Nebraska farm town, where the landmarks include McKibben's Mobil Station, Frmka's Superette, and a sign that says The Wages of Sin is Hell. This is Goodnight, a place so ingrown and provincial that Randall calls it "Sludgeville"-until he starts thinking of it as home. In this pitch-perfect novel, Tom McNeal explores the currents of hope, passion, and cruelty beneath the surface of the American heartland. InRandall, McNeal creates an outcast whose redemption lies in Goodnight, a strange, small, but ultimately embracing community where Randall will inspire fear and adulation, win the love of a beautiful girl and nearly throw it all away. From the Trade Paperback edition.