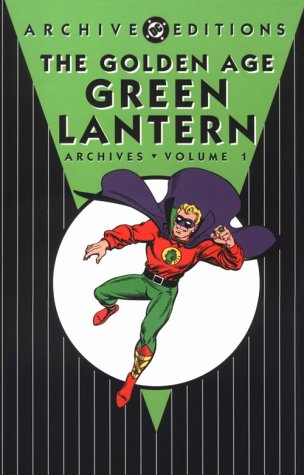 After finding a mystical lantern and carving a ring out of its material, Alan Scott was transformed from a simple engineer into the legendary hero Green Lantern. The iconic predecessor to the many heroes that bore his name after him, Scott wielded magic-based powers and suffered from a vulnerability to wood. This hardcover archive edition, which collects Scott's earliest adventures from the 1930's, includes Green Lantern's first appearance, his origin, and the debut of his friend and confidant Doiby Dickles.
Reviews from Goodreads.com