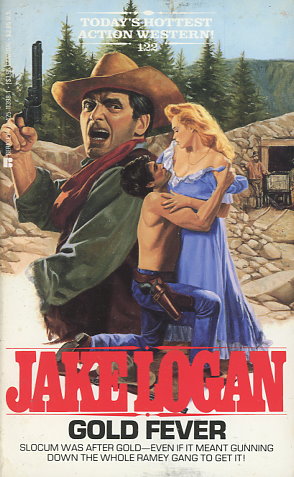 TROUBLE DOGGED SLOCUM'S TRAIL...he'd barely had a chance to cool off with the lovely Sally Ryan when he saw a man he had to kill. It didn't matter that the man was with the Ramey gang. He was robbing a bank and had to die.

But that was just the beginning. There was the small matter of a fortune in gold to find. And if the Ramey boys would kill a man for his boots and saddle, they'd kill him twice for a sack of gold. Then there were the Indians -- they only wanted whiskey, but they were willing to kill Slocum just as dead as the Ramey gang.
Reviews from Goodreads.com