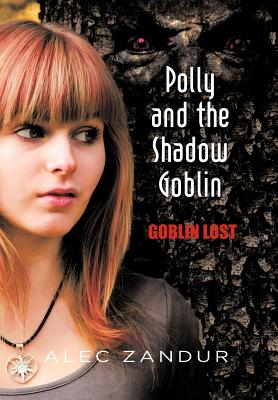 Share:
What's this about a lost goblin? In Polly and the Shadow Goblin: Goblin Lost, Polly is a thirteen-year-old in the eighth grade. She is attractive, intelligent, and is a good student. All she has ever wanted is to fit in, but she never has. Polly goes through many painful attempts to find a niche for herself, but never quite makes the grade. Then she meets a strange boy with a problem greater than her own. She tries hard to help him, and suddenly finds herself the center of attention for a basketball hero at school. As she starts to finally fit in, Polly's problem and her friend's problem intrude. Polly and the Shadow Goblin: Goblin Lost concludes with a desperate search to find a lost goblin with the aid of a magic necklace. Polly realizes several things when she helps the stranger find the goblin. She learns the importance of friendship and that people mature at different times, even though they are the same age. These simple lessons are part of a complex story. Polly Shepherd could never see in the dark; she could never run down falling debris safely to the ground. Polly could not ignore the bite of winter's cold breath, nor could she step into the heart of a shadow and step out of another shadow; anywhere She couldn't outrun an automobile, or run up a steel anchor cable in the wind. All she'd ever been able to do was alienate herself from her peers, but all that is about to change. Now retired, Alec Zandur has lived in Grant County, Indiana, for most of his life. He and his wife raise Pekingese puppies. "My wife and I have been together, more or less constantly, since she was fifteen and I was sixteen; poor woman." He studied writing at the Institute of Children's Literature and served in the Armed Services in Korea. This is the first book of a series. A friend's daughter was his inspiration and is "the soul" for Polly. "I was totally astounded at the maturity level of a child of her tender years. I mean the way she thought things through before she would comment on a problem, the mature way she would approach a given problem. I had to throw out all my preconceived notions as to how a girl that age would think and react. The real Polly was so mature in her thinking. I found I could let 'my Polly' make decisions, and really handle social interactions, even with adults I was dumbfounded Did I mention the real Polly was only thirteen at the time?" Publisher's website: http: //sbpra.com/AlecZandur