Give Me the Child — Mel McGrath 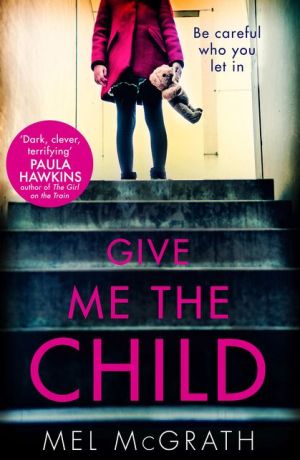 Share:
Compelling and explosive, GIVE ME THE CHILD brings together the propulsion of a thriller and the twists of a psychological suspense. An unforgettable debut from a unique new voice.

An unexpected visitor.
Dr Cat Lupo aches for another child, despite the psychosis which marked her first pregnancy. So when Ruby Winter, a small girl in need of help, arrives in the middle of the night, it seems like fate.

A devastating secret.
But as the events behind Ruby's arrival emerge - her mother's death, her connection to Cat - Cat questions whether her decision to help Ruby has put her own daughter at risk.

Do we get the children we deserve? Cat's research tells her there's no such thing as evil. Her history tells her she's paranoid. But her instincts tell her different. And as the police fight to control a sudden spate of riots raging across the capital, Cat faces a race against time of her own