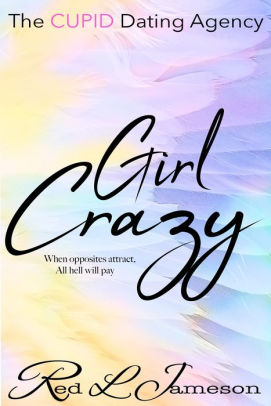 Lia Hamasaki is smugly happy as a top editor at the world’s most prestigious publishing house. She’s been passing for human for more than twenty years—her angel wings carefully protected from sight. Those darn wings are her biggest secret. When she hears news that the Cupid Dating agency has found her match and she has to—by law, she has to!—meet a demon, she’s obviously disturbed. Her secret has been carefully kept for decades through a façade of sophisticated elegance and outright lies, and nothing and no one will reveal her secret.
Saphie is free—free from Lucifer’s dungeon where she’d been head writer for thousands of years, and she’s free from Lucifer’s torture. Not only that, but the ever-romantic demon has just been matched with an angel—be still her punk-rock, poetess heart. But as she meets the angel who could be the girl of her dreams, she realizes she won’t fit into the angel’s elegant world. Further, heartbreakingly, the angel doesn’t seem to want her in the first place.
But the law is the law, and the two opposites have to stay glued to each other for the next forty-eight hours where they have a snowball’s chance in hell to fall in heavenly love. But sometimes, especially when the Devil is in the details, those chances are worth the risk.
Girl Crazy is a lesbian romance novella