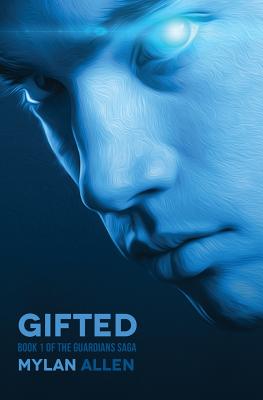 ARION ZIMMERMAN is a naïve, average teenage boy with unlikely charm and a big heart. He’s also the son of the two greatest superheroes on the planet. When his abilities emerge on his 15th birthday, his life changes for the better. Now armed with super strength, speed, senses and more, he decides to follow in his parents’ footsteps and become TITAN, the young superhero that will revolutionize a generation.LUCIAN LIEBER is a teenager that’s no different from you or me. He only has one minor difference. He’s a god. After being granted the manipulation over Energy, Time and Space by ancient beings, he finally turns his life into what he always wanted it to be…a real-life comic book. He takes on the superhero identity of QUANTUM while not only battling supervillains, but dealing with the unbelievable truth behind his parents' death.JASMINE ROLAND is your typical, sassy, beautiful teenage girl. When she was eight, she discovered that she had abilities that the other kids didn't have. She didn't think much of it…until now. When her father comes back into her life, she begins to question what path she must follow. Now equipped with magical powers and an attitude problem, she becomes known as CIRCE, the enchanting sorceress, a superheroine with a complicated past that will make or break her relationships.Together, They Are the Guardians!
Reviews from Goodreads.com