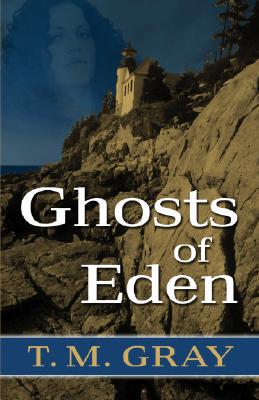 T. M. Gray's supernatural thriller, Ghosts of Eden, is the story of a young woman's courageous homecoming, her struggle with a tragic past, and a battle whose outcome may determine not only her own fate, but that of the entire planet. The year is 1947, the place, Mount Desert Island, Maine, one of the most sought after summer resorts for the rich and famous. Saxon Faraday, daughter of a local mortician, is neither rich nor famous, and she's returning home to Bar Harbor after a five year infirmity at an insane asylum. Haunted by agonizing memories and questioning her sanity, she faces her greatest challenge: to defeat the evil inside Roquefort Manor, a lightning rod for the dead whose terrors are masterminded by an entity known only as 'the Serpent'. With the help of two friends Saxon journeys into an underground world, a horrific landscape where a nightmare of epic proportion waits to be born. In the autumn, wildfires will blaze through the State of Maine, including Bar Harbor, and in the chaos Saxon's strong spirit may be tempered at last, her resolution forged, as she learns who she really is and why she was chosen to try to defeat the Serpent.
T. M. Gray was born in Bar Harbor and lives in Downeast, Maine.
Reviews from Goodreads.com