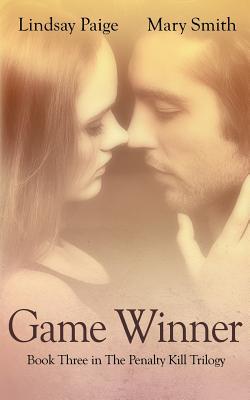 Share:
In the final installment of Levi Carr and Presley McCarthy’s story, he’s playing in the AHL in Pennsylvania while she’s back home in New York trying to finish school. Presley’s only dream has been to go to law school. That goal has remained strong, and she's still trying to focus on that goal, even though Presley has fallen in love with Levi. He’s off playing hockey and now she has to deal with Levi being gone and having to wait almost a whole year to be with him again. Until there’s a change in plans. Levi has been working towards an opportunity to play in the NHL his entire life. To reach that goal, he has to live away from Presley. He knows they can handle it for the time being because they are strong enough, but when Levi tries to deal with a set back, their love is tested again. For Presley, school is first, and for Levi, it’s hockey. In the end, will that hurt their relationship, or will they finish with the game winner?