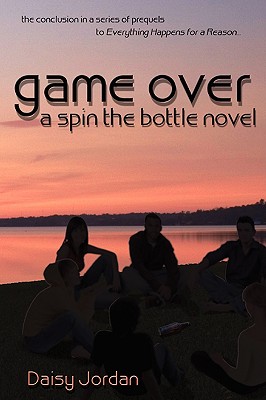 The summer before senior year: sunny days in Jill's pool, nights filled with romance, the annual Cedar Point trip, a TP-ing war, student council carwashes, college visits, and, of course, Landon's parties. Not everything is perfect though...Todd's parents' divorce is turning nastier by the day, and while Todd and Melanie grow closer and closer, Jill desperately clings to increasingly infrequent moments with him, moments that rip her heart to pieces and simultaneously make her fall even more in love with him. But Hillary is more into Dirk than ever; Brooke is finally starting to get over Brady and look toward her future in Chicago with Jaden; and, in an unexpected revelation, Jill learns the identity of the anonymous rose-sender from Valentine's Day. And even though this summer is bittersweet for Hilton and Lorylyn because of Landon's and Brady's imminent departures, both girls agree their relationships are the best they've ever been. As hot sunny days roll into warm breezy nights, the date that's been set for months draws closer and closer...the night of the goodbye party. The circle of friends has been coming to Landon's for three years, to dance, drink, skinny-dip, and play spin the bottle, and on August 18th , it will happen for the last time. It's going to be the biggest, craziest, and best party of all... Or so they think. For at this party, the shattering secret that has been kept hidden for three years will be revealed in an unforeseeable moment that will rock the lives of every person who's been a regular at Landon's over the years. It will destroy their beliefs, perceptions, and illusions, and it will break the circle of friends forever. As the ex-seniors go off to college, Jill, Hilton, Lorylyn, Hillary, Todd, Dirk, and Bennett will be left to pick up the pieces and try to salvage their senior year... About the Author: Daisy Jordan grew up in Kendallville, Indiana, graduated from East Noble High School, and attended Purdue University. She graduated from Purdue in 2005 with degrees in English education and psychology, and again in 2008 with her master's degree in school counseling. Daisy is the author of Everything Happens for a Reason... (2005) and the first three Spin the Bottle novels: Really Good Friends (2007), Wrong All Along (2007), and Best-Kept Secrets (2008). Daisy is currently working on several more novels, including one that comes after Everything Happens for a Reason... and one that follows Lorylyn to college. Look for Lorylyn's in 2009!
Reviews from Goodreads.com