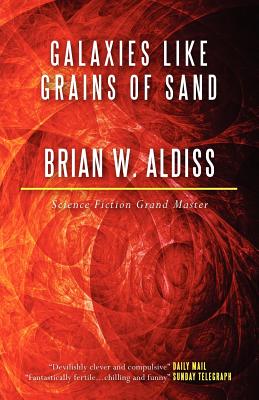 'Brian Aldiss seems to have always had a more oceanic sense of time than most science fiction writers, an almost measured vision of what will transpire in the long run, a time-sense which is reflected both in his fiction and in the pace and course of his career.' Norman Spinrad These nine stories from 1960, early in Brian Aldiss's long and productive career, were originally conceived as a single entity, and form a chronicle of the next forty million years. They are arranged sequentially, beginning with the near-future and ending, with 'The Ultimate Millennia', hundreds of thousands, or even millions of years later. 'One cannot help being struck by the variety of concepts, the mastery of style, the sureness of the dialogue, the depth of characterization, the fertility of ideas, and the urbanity of the wit ... here is a major talent at work.' Science Fiction Writers
Reviews from Goodreads.com