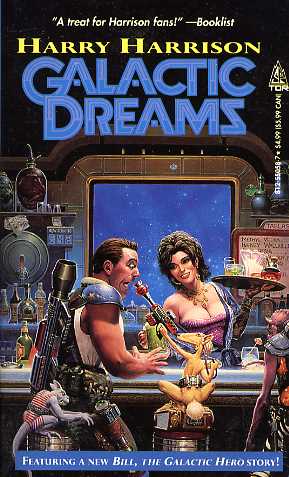 Share:
Collected here are twelve of Harrison's best, including "Space Rats of the CCC," probably the greatest space opera ever written, slightly tongue-in-cheek; "At Last, the True Story of Frankenstein," in which our favorite monster gets new life -- but whose life is it?; "Bill, The Galactic Hero's Happy Holiday," in which our favorite drunkard enlistee is kidnapped by the evil Chingers and hypnotized into believing he's a general; and nine more classics ranging across time and space!

From the best-selling West of Eden trilogy to the Stainless Steel Rat books, from the Deathworld trilogy to the rollicking fun of Bill, The Galactic Hero and its collaborative sequels, Harry Harrison's career is a series of landmarks. Galactic Dreams is another: his second major collection of short fiction in the last forty years.