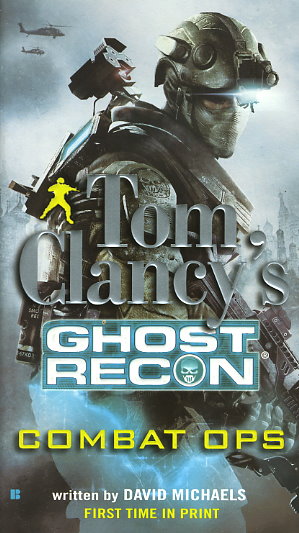 Share:
The U.S. Army's Special Forces are known for their highly specialized training and courage behind enemy lines. But there's a group that's even more stealthy and deadly. It's composed of the most feared operators on the face of the earth -- the soldiers of Ghost Recon.

Captain Scott Mitchell and his Ghost Recon team are in the heart of Taliban-controlled Afghanistan, on the hunt for terrorist leader Mullah Mohammed Zahed. And after years of government abuse and corruption, the locals trust the Taliban more than any promises from America. With enemy attacks increasing, Mitchell must maneuver his way through a minefield of bloodshed and politics if Ghost Recon is to accomplish their mission. But one fateful decision may cost Mitchell and his team their honor -- and their lives.