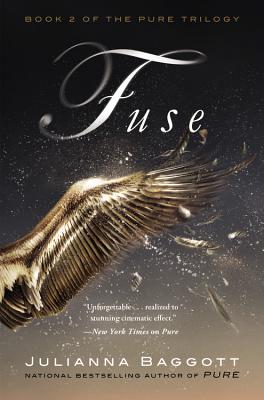 Share:
When the world ended, those who dwelled within the Dome were safe. Inside their glass world the Pures live on unscarred, while those outside--the Wretches-- struggle to survive amidst the smoke and ash.

Believing his mother was living among the Wretches, Partridge escaped from the Dome to find her. Determined to regain control over his son, Willux, the leader of the Pures, unleashes a violent new attack on the Wretches. It's up to Pressia Belze, a young woman with her own mysterious past, to decode a set of cryptic clues from the past to set the Wretches free.

An epic quest that sweeps readers into a world of beautiful brutality, "Fuse" continues the story of two people fighting to save their futures--and change the fate of the world.