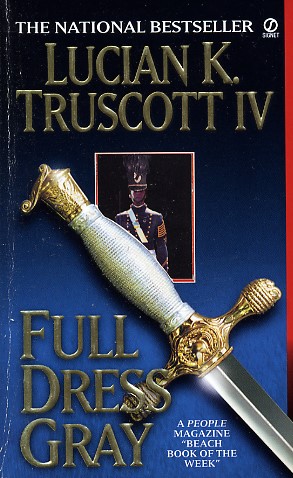 Share:
"Few people have better credentials to write about the military than Lucian K. Truscott IV," says the Chicago Tribune, of the New York Times bestselling author of Dress Gray, the classic novel that first took readers behind the imposing walls of West Point. Now Truscott returns to his alma mater with a tense, timely tale of corruption and courage... .

A female cadet has collapsed and died while parading past the reviewing stand on a hot September morning. The autopsy establishes that she'd had sex with three different men the night before. Some claim that it's evidence of a major military scandal. Superintendent Ry Slaight fears it may be evidence of a shocking crime. His daughter--a cadet herself--is endangering her life in a quest for the truth. And among those who know that truth, the watchword Don't ask, don't tell... .