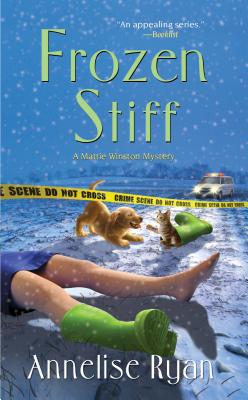 Share:
Death is never pretty, and deputy coroner Mattie Winston's latest case is no exception. But this victim certainly was strikingly beautiful...before someone stuck that knife into her chest.

Mattie knows everyone in the charmingly small town of Sorenson, Wisconsin, so the deceased is definitely a stranger from out of town. If a woman this attractive had moved into town, the news would have surely hit the gossip mill in record time. So what was the victim doing here, laid out in this desolate field?

Things only get murkier with the arrival at the scene of the usually stoic and dependable detective Steven Hurley; one look at the body and he turns as white as the newly fallen snow...and excuses himself from the case. It turns out the victim was a top investigative reporter from Chicago, and Hurley not only knew her...they dated a year and a half ago, until she broke it off. While Mattie grapples with her jealousy of a gorgeous dead woman, Hurley swears her to secrecy and tells her...that knife in his ex's chest is his!

It's a case with more twists than Mattie's own crazy love life, and it'll take all of her forensic skills to unravel the increasingly bizarre clues and find the killer...before she herself becomes just another cold case!