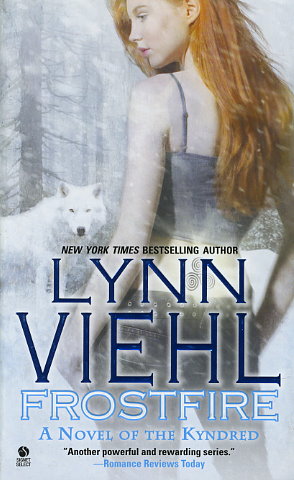 Share:
New York Times bestselling author Lynn Viehl has enthralled readers with her novels of the immortal Darkyn. Now she continues the story of the secret progeny of the Darkyn: the Kyndred, ordinary people unaware they've been altered by vampire DNA but destined to become the next generation of heroes.

As one of the genetically enhanced Kyndred, Lilah can read and control the minds of animals. Rescuing a group of kids from a wayward bear brings her to the attention of GenHance, the shadowy biotech company willing to murder to acquire superhuman DNA. After being drugged and abducted, Lilah wakes up handcuffed to a half-dead man in a refrigerated truck.

Walker, a soldier critically wounded in Afghanistan, is brought back to life by Lilah's warmth and determination, and resolves to do anything he can to free and protect her. But as the two struggle to escape their grim fate, they stumble upon a remote town hiding a dark secret, and learn that Lilah is also being hunted by someone she never expected to fear: a Kyndred friend.