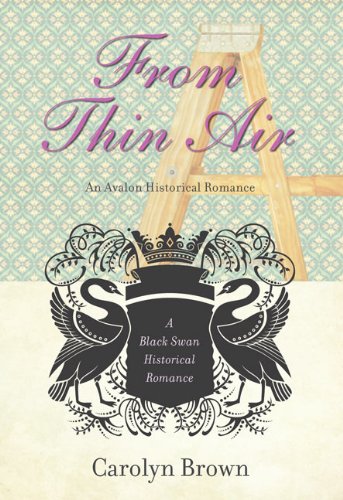 Share:
Ira McNewell was supposed to be dead. The government had sent a telegram saying he had been killed in action, yet there he was, sprawled out beneath Alice on the floor of the Black Swan Hotel. Ira had been engaged to her sister Catherine when he'd gone off to the war, not Alice. Not it was up to her to give him the terrible news that the flu had wiped out his whole family, and his fiancee had married another man. To soften the blow, she hired him to work for her at the hotel. Poor Ira didn't know if he was doing the right thing or not.

Alice had been tagged the village idiot when she was just a child. Having her for a boss wasn't the best-case scenario, but like thousands of other soldiers coming home from the war, he was broke and hungry. Working at the Black Swan was at least a job, and jobs were hard to come by. Alice had never minded that the folks in Huttig, Arkansas, thought she was dim-witted. At least not until Ira came home. She'd been in love with him since she was a girl, but she wasn't stupid enough to think he could ever love her back...or could he?