From the Two Rivers — Robert Jordan 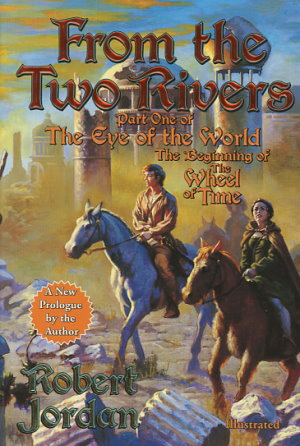 Share:
For Rand al'Thor and his pals, life in the sleepy village of Emond's Field has been pretty dull. Until the appearance on festival night of Moiraine, a mysterious woman who claims to be an Aes Sdeai -- a magician who can wield the One Power. Soon after, the village is attacked by Trollocs -- a savage tribe of half-men half-beasts. Rand's father is nearly killed. But for Rand, the news gets worse. It was not the village the Trollocs were after, Moiraine tells him. It was you, Rand. Rand and his friends are forced to flee. But his escape will bring him face to face with the Dark One...the most powerful force of evil in the universe.