From Russia, With Love — Ingrid Weaver 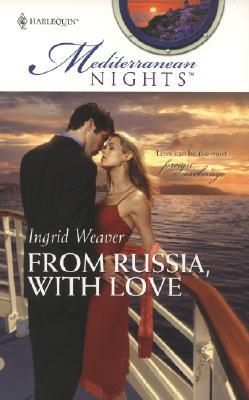 Share:
Successful fashion designer Marina Artamova is determined to reunite her small family. Her orphaned nephew has vanished into the Russian welfare system, and her mission is his rescue.


After months of searching, Marina locates Stefan--but not before he's adopted by David Anderson, an American teacher. She books passage on Alexandra's Dream, the cruise ship David has chosen as a treat for the uncharacteristically reserved boy before taking him to the U.S. Marina is single-minded in her quest to gain custody of Stefan, despite the romantic ambience of the cruise ship and her undeniable attraction to David.


Marina and David have no idea that the boy's silence hides a secret about his parents' deaths...and that the man responsible will stop at nothing to keep him quiet.