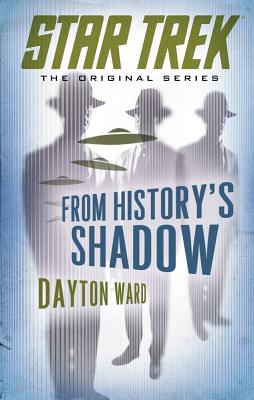 Share:
2268: Following the encounter with the mysterious Gary Seven in the twentieth century, the crew of the U.S.S. Enterprise is startled by two intruders who have transported through space and time from Earth circa 1968. Incredibly, one of the infiltrators is a Vulcan, who asserts that he's lived among Earth's population for over a decade. The other represents a little-known race, and reveals to Captain James T. Kirk that she has spent the last twenty years working to bring about humanity's destruction. It is then that Gary Seven's young protégée, Roberta Lincoln, arrives seeking Kirk's help. . . .

1947: In the wake of the infamous “Roswell Incident” involving a crashed alien craft and beings from another world, Captain James Wainwright finds himself recruited as one of the first members of Majestic 12, a secret organization with two goals: Collect evidence of extraterrestrial activity on Earth, and develop strategies to combat alien invaders. And it is this very mission that will consume Wainwright's life for the next two decades, driven by the knowledge that the danger is as real as the aliens living among us. . . .