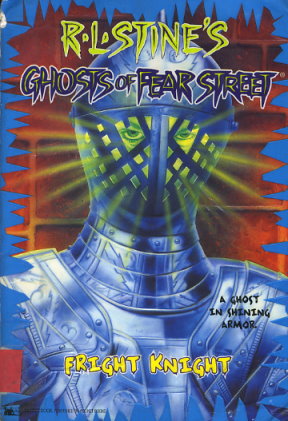 Share:
HE IS A LIVING KNIGHTMARE.
Mike loves hanging out in his father's weird little museum on Fear Street®. It is full of cool stuff -- a guillotine, a mummy, a bunch of spooky wax figures.

Mike's favorite is a suit of armor.

At least it was his favorite until he saw a pair of glowing eyes inside the helmet. Until the knight lifted its arm and pointed its sword at Mike's chest.

Until the knight challenged Mike to a battle. A battle to the death.