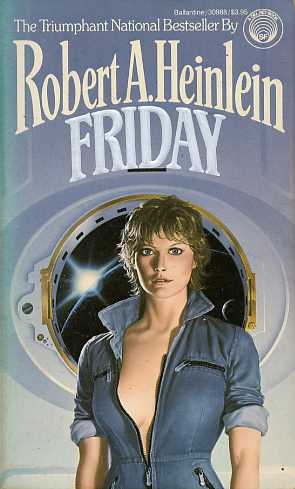 Share:
FRIDAY
... is a secret courier. She is employed by a man known to her only as "Boss:' Operating from and over a near-future Earth, in which North America has become Balkanized into dozens of independent states, where culture has become bizarrely vulgarized and chaos is the happy norm, she finds herself on shuttlecock assignment at Boss seemingly whimsical behest. From New Zealand to Canada, from one to another of the new states of Americas disunion, she keeps her balance nimbly with quick, expeditious solutions to one calamity and scrape after another.