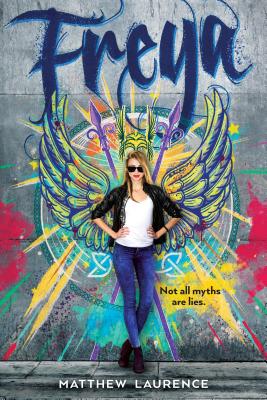 There's far more to Sara Vanadi than meets the eye. In her prime, she was Freya, the Norse goddess of love, beauty, war, and death - though that past hardly seems to matter now. For an ancient goddess in the 21st century, true believers - and the strength they bring - are painfully hard to find. But when a new, rising power threatens to remake the world by bending the divine to its will, Sara realizes her days of hiding have ended, and a chance to claw her way out of the history books has arrived. She'll just need new clothes and a manicure before she gets started.

Blending elements of fantasy and scifi in a modern-world setting, the first novel in this new young adult series by Matthew Laurence is perfect for fans of Buffy the Vampire Slayer.
Reviews from Goodreads.com