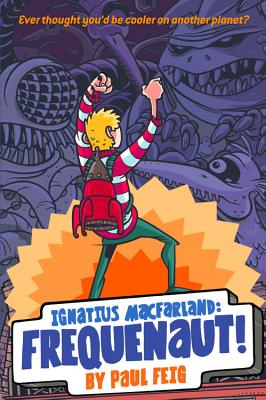 Share:
Ever thought of traveling to another frequency?
Neither did Ignatius MacFarland.

It just sort of happened.

After being teased one too many times at school, Ignatius MacFarland decides to build a getaway rocket with the hope that extraterrestrials might be nicer than his classmates But instead of landing in outer space, Ignatius finds himself stranded in another frequency filled with all sorts of weird creatures, which is shockingly run by former English teacher turned dictator, Mr. Arthur. It's up to Iggy and Karen, another trapped earthling, to expose Mr. Arthur for the fraud that he is-and hopefully to make it home alive.