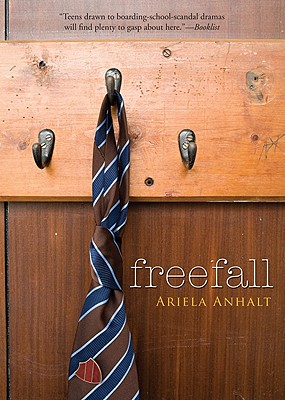 Share:
Luke was not eager to accompany his best friend, Hayden, and the cocky new kid, Russell, up to the cliff that night. The plan was to watch Russell jump off the cliff into the lake--his initiation to the Briar Academy fencing team. But instead, after an angry confrontation with Hayden, Russell falls to his death.

Now Hayden is in jail and the pressure is on Luke to report what he saw. But what did he see? An accident--or a murder? Luke has always followed Hayden's lead, but this is one decision he'll be forced to make on his own. And to do it, he must face the truth about his friendship with Hayden and his own painful past.

This suspenseful and scandalous tale of rivalry, peer pressure, and finding the courage to take responsibility will have an impact on readers long after the last page.