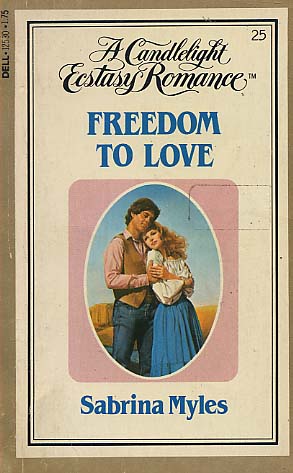 Share:
He was a mystery. Dill, lean, rugged, Jason Stewart had been cold, arrogant, inexcusably rude from the start. And he had done nothing to endear himself to her -- until tonight. Tonight his caressing hands, his burning kisses, had swept her recklessly toward surrender.

Janet had come to the wilds of Oklahoma to teach, to find herself to start over. The past was dead, gone. And what kind of beginning had she made? She wanted a new life, longed for a new love, but he wanted too much. Would she wake one morning to find her dreams shattered... to find herself enslaved by an impossible love?