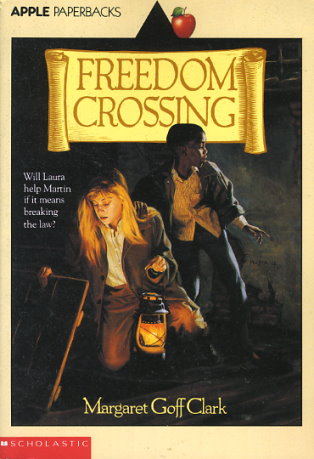 Share:
COULD HE TRUST HER WITH HIS LIFE?
Laura is furious when she overhears her brother, Bert, and an old friend talking about her as if she were a stranger.

When her mother died, Laura went to live with an aunt and uncle in Virginia. Now she is back home and she discovers that her brother and father are helping runaway slaves escape into Canada. Her house is a stopover on the Underground Railroad.

Laura believes that anyone helping a fugitive slave is breaking the law. Then she meets Martin Paige, a 12-year-old runaway slave who would rather die than be sent back to the South.