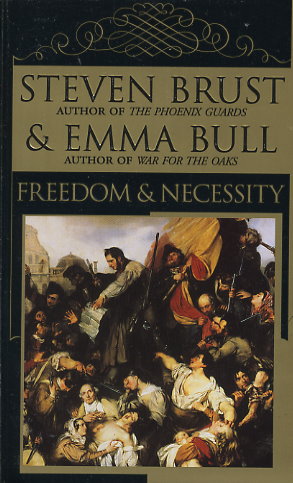 Share:
"HAVE WITH YOU, AT ALL TIMES, IRON THAT CUTS, POLISHED SILVER, A SPRIG OF MISTLETOE, AND A LOADED PISTOL.

It is 1849. Across Europe, the high tide of revolution has crested, leaving recrimination and betrayal in its wake. From the high councils of Prussia to the corridors of Parliament, the powers-that-be breathe sighs of relief. But the powers-that-be are hardly unified among themselves. Far from it ...

On the south coast of England, London man-about-town James Cobham comes to himself in a country inn, with no idea how he got there. Corresponding with his cousin, he discovers himself to have been presumed drowned in a boating accident. Together they decide that he should stay put for the moment, while they investigate what may have transpired. For James Cobham is a wanted man--wanted by conspiring factions of the government and the Chartists alike, and also the target of a magical conspiracy inside his own family.

And so the adventure begins ... leading the reader through every corner of mid-nineteenth-century Britain, from the parlors of the elite to the dens of the underclass. Not since Wilkie Collins or Conan Doyle has there been such a profusion of guns, swordfights, family intrigues, women disguised as men, occult societies, philosophical discussions, and, of course, pasionate romance.