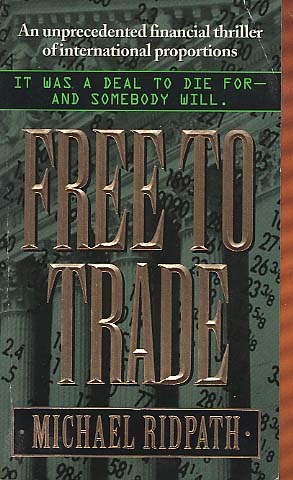 Share:
Paul Murray is an ex-Olympic runner, so his training is perfect for the rigors of bond trading for a mega-million-dollar London financial house. The pace is breakneck, the smell of success is intoxicating. Paul his really found a home here, and maybe even the love of his life in his colleague, the bold, irreverent, Debbie Chater.

Until that dream is dragged from the murky waters of the Thames. Paul is first stunned by the news, then, dissatisfied with the police report. He begins a dangerous, chaotic tumble into the darker side of trading -- uncovering suspicions investments and double-deals that are stained with Debbie's blood. From the black glass towers of London to the frenzied trading of Wall Street and the dark side of Las Vegas glitz, Paul gets entwined in a twisted web of international financial outlaws that could send him for the nastiest rollover of his life.