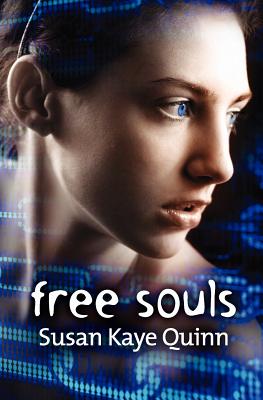 
When your mind is a weapon, freedom comes at a price.Four months have passed since Kira left home to join Julian's Jacker Freedom Alliance, but the hole in her heart still whistles empty where her boyfriend Raf used to be. She fills it with weapons training, JFA patrols, and an obsessive hunt for FBI agent Kestrel, ignoring Julian's worries about her safety and repeated attempts to recruit her for his revolutionary chat-casts. When anti-jacker politician Vellus surrounds Jackertown with the National Guard, Kira discovers there's more to Julian's concerns than she knew, but she's forced to take on a mission that neither want and that might be her last: assassinating Senator Vellus before he can snuff out Julian's revolution and the jackers she's come to love.MINDJACK: KIRAOpen Minds (Book One)Closed Hearts (Book Two)Free Souls (Book Three)Mind Games (Book Four) - novellaThe Handler (Book Five) - novellaThe Scribe (Book Six) - novellaKeeper (Book Seven) - novella MINDJACK: ZEPHLocked Tight (Book One)Cracked Open (Book Two)Broken Wide (Book Three)The Locksmith (Book Four) - novellaFORMATS AND TRANSLATIONSMindjack available in ebook, print, audiobook, French and GermanLIVE ACTION TRAILERVoted Best Trailer at the 2014 Illinois International Film Festival and one of 50 Most Cinematic Trailers Ever Made – check it out at Susan’s website.