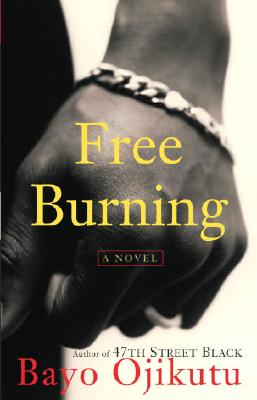 Tommie Simms was supposed to be the community hope, the young man from the neighborhood who made good. He attended a state university, married a respectable woman, and landed a position at a white-collar insurance ﬁrm. Watching over Chicago from the thirty-third floor of his company’s downtown high rise, Tommie ignores the gnawing sense that he doesn’t belong on this path—and that in a blink of an eye, he could stray from its given destination. And then he does . . .

Soon Tommie is laid off, and he begins to see himself as just another faceless entity on the city’s fringes. After each fruitless job interview, Tommie’s wife withdraws from him further, and in the mirror he faces
the reflection of failure his family never intended for him. Stymied by rejection and mounting debt, Tommie is seduced into peddling dope as his best opportunity to deﬁne himself and to provide for those he loves.

But a corporate job is no preparation for hustling, and when Tommie ﬁnds himself on the wrong side of a crooked cop, everyone wants a piece of him: his street-hustling cousins, the police, friends, loan sharks, even
a panderer from his white-collar past. In order to break free, Tommie must ﬁnd a way to dig himself out of a deepening hole, before the city buries him.
Reviews from Goodreads.com