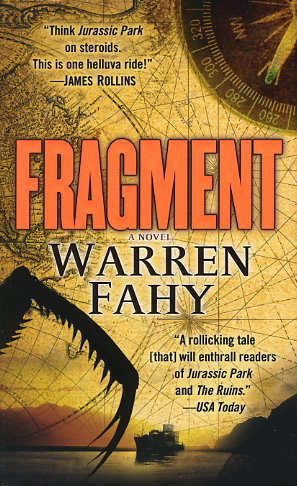 Share:
Aboard a long-range research vessel, in the vast reaches of the South Pacific, the cast and crew of the reality show Sealife believe they have found a ratings bonanza. For a director dying for drama, a distress call from Henders Island -- a mere blip on any radar -- might be just the ticket. Until the first scientist sets foot on Henders -- and the ultimate test of survival begins.

For when they reach the island's shores, the scientists are utterly unprepared for what they find -- creatures unlike any ever recorded in natural history. This is not a lost world frozen in time; this is Earth as it might have looked after evolving on a separate path for half a billion years -- a fragment of a lost continent, with an ecosystem that could topple ours like a house of cards.